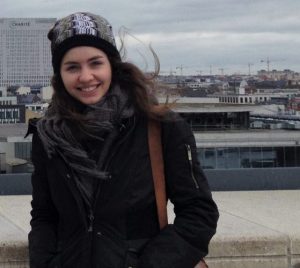 Gretchen Andrews is a senior double-majoring in Screen Arts & Cultures (Film) and Psychology. When she graduates, she plans to volunteer abroad in Spain before pursuing a career in international documentary film-making and journalism. Gretchen will be spending 2.5 months in Mumbai interning for Bollywood Feminist Filmmaker, Paromita Vohra. Through Paromita’s production company, “Parodevi Pictures,” Paromita and her company aim to dismantle gender inequalities around India. Gretchen will produce videos, podcasts, and articles focused on women’s empowerment in regards to body-positivity, relationships, and sexual mental health. For her final research project, she will examine if and how her media can improve cultural perceptions of women by studying the current and potentially altered knowledge, behavior, and attitudes of students at a local university. 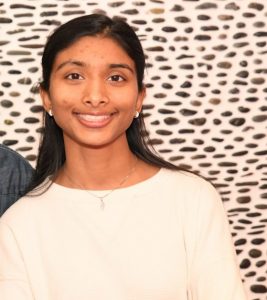 Kriti Babu is a Junior in the school of Literature, Science, and the Arts majoring in Neuroscience and Gender and Health. After graduation she plans to attend medical school. Eventually, Kriti hopes to become a doctor that advocates for and works with women and underserved populations. Kriti will be spending four weeks in Coimbatore, Tamil Nadu working in PSG Hospital where she will help conduct research on how to advance comprehensive cervical cancer prevention in Tamil Nadu. Kriti’s final project will explore the cultural beliefs of the people in Tamil Nadu, why these beliefs might influence their ability to receive primary screening against cervical cancer, and how doctors can better serve the needs of this community. 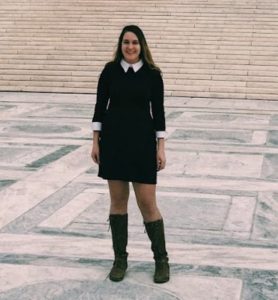 Alexandra Card is a sophomore in LSA studying History and Political Science.  After graduation, she plans to attend law school and hopes to one day go into civil rights and/or constitutional law. Alexandra will be spending eleven weeks in New Delhi working with Safai Karmachari Andolan, an NGO that works against the practice of manual scavenging.  Alexandra’s final project will investigate the level of awareness regarding manual scavenging within law school students in Delhi. 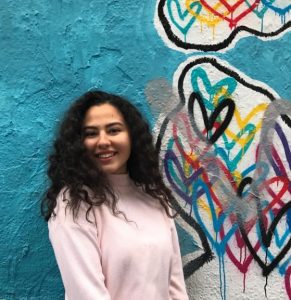 Arwa Gayar is a Sophomore that will be attending the Ford School of Public Policy with a minor in Law, Justice, & Social Change and Political Science. After graduation, she plans to attend Law School or pursue a masters in International Relations. Arwa will be spending four weeks in Kolkata working in the legal aid and advocacy department of SANLAAP, an NGO that works to provide comprehensive aid programs to survivors of human trafficking. Her final project will involve analyzing the UN principles of positive responsibility of states under International Law. She will do this by following the services and cases NGOs adopt in the absence of adequate state-sponsored prevention and remedy. 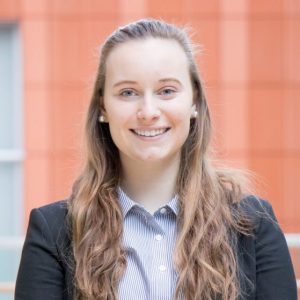 Erin Haley is a freshman studying business in the Ross School of Business and data science in LSA with a minor in computer science. Post graduation, she plans to work in consulting or data analytics with the eventual goal of returning to school for her masters degree. For three months over the summer, Erin will be staying in Pune to work with Atma, an education NGO accelerator. She will be volunteering as a project manager, working one-on-one with an NGO to solve prevalent business problems. Erin’s final project will investigate what makes some educational programs or campaigns more successful than others and methods for how this success can be measured. 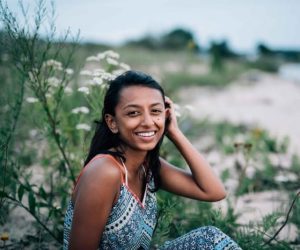 School of Public Health and College of Literature, Science, and the Arts

Anjali Nemorian is a junior majoring in Community and Global Public Health with a minor in Medical Anthropology. Once she graduates in May 2019, she hopes to work with nonprofit organizations to improve health behaviors and help empower communities. After working for a few years, she will get an MPH and hopes to transition into policy level public health work. Anjali will be spending six weeks in Bangalore working with an NGO called CRY which stands for Child Rights and You that works in various communities to increase childhood education and health. She will be gathering data and stories from various project sites to create an awareness video for CRY and help draft a policy to make child exploitation illegal for youth older than 14 years old in India. Anjali’s research project will explore the efficacy of CRY’s work and how CRY works with different villages to build community capacity and empowerment. 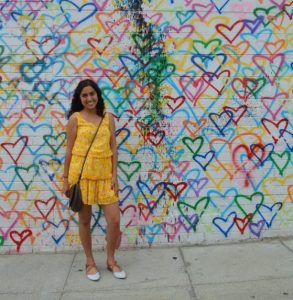 Safia Sayed is a junior majoring in Economics and minoring in History and Gender, Race and Nation. She hopes to work in law and policy, and is especially interested in issues related to economic inequality and women’s rights. Safia will be spending four weeks working with Samadhan, an NGO in Dehradun. Samadhan provides a legal helpline and assistance to rural women while advocating for human rights and legal reforms. Safia plans to continue pursuing advocacy related to women’s legal rights and health during her time in India, and her research will focus on the effect of American foreign aid policy on contraceptive use in Dehradun. 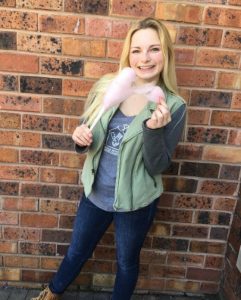 Madeleine Steiger is a junior studying Biomolecular Science and Sociology with the intent of going to medical school. Research and health care reformation are two of Madeleine’s greatest interests, and she hopes to make a career out of both. Madeleine will be spending six weeks in rural India working with a public health orIented NGO focused on improving access to health care for underserved populations. Her research will investigate how access to health care varies for rural populations with stigmatized illnesses. 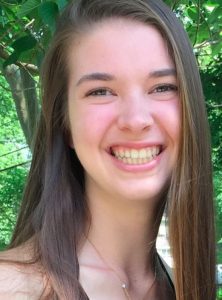 Julia Stuart is a freshman in the College of Engineering planning on majoring in Mechanical Engineering with a Program in Sustainable Engineering certificate. Her plans following graduation include spending a few years in the Peace Corps working on engineering projects in their environmental sector, eventually pursuing a career developing sustainable technologies. Julia will be spending six weeks in Udaipur, Rajasthan working with the Foundation for Ecological Security, an organization that improves rural access to water by restoring water catchment areas, creating water bodies, and establishing an official body of local citizens to manage their use and distribution. Julia’s final project will explore the factors that contribute to water scarcity in Rajasthan and the efficacy of FES in combating these factors. 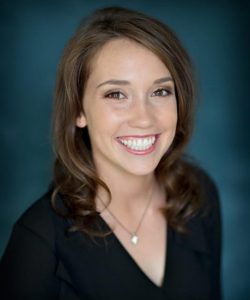 Madeleine Walsh is a junior in the School of Nursing. After graduation, she hopes to work in labor and delivery and then apply to either midwifery school or medical school. She is passionate about reducing health disparities, especially for women and children. Maddie will be spending five or six weeks in Hyderabad, interning at Sanctum Birthing Center, a midwife-led birthing center. Maddie’s final project will compare the differences between how doctors and midwives communicate with their patients during the discharge process.